To share your memory on the wall of Dorene Diekmann, sign in using one of the following options:

Dorene Allie (Londgren) Diekmann was born on May 9, 1931, in Tyler, MN, to Clark and Irene (Heinz) Londgren. She grew up in Lynd and graduated from Lynd High School in 1949. Dorene went to business college in Minneapolis, where she also worked in the Sears office. Dorene was united in marriage to Earl Diekmann on September 16, 1952, in Lismore, MN. The couple moved to Marshall in 1954, where Dorene stayed home to raise her children. In 1977, Dorene started working as the church secretary for Albright United Methodist Church, a position she held for over thirty years.

In her free time, Dorene enjoyed quilting, cross-stitching, reading, and watching the Minnesota Twins. Although she never stepped foot on a plane until she was over 65, Dorene became an international traveler, making her way to 14 countries including China, Greece, Turkey, and parts of Africa. Dorene especially enjoyed spending time with her grandchildren and great-grandchildren.

Receive notifications about information and event scheduling for Dorene

We encourage you to share your most beloved memories of Dorene here, so that the family and other loved ones can always see it. You can upload cherished photographs, or share your favorite stories, and can even comment on those shared by others.

Tom and Jane Hennessey purchased the Plants-A-Plenty for the family of Dorene Diekmann. 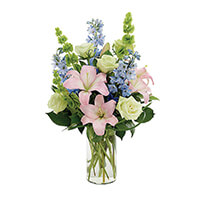 Lee & Ana, Ryan Diekmann, New Port Richey Florida purchased the A DAY AT THE BEACH for the family of Dorene Diekmann.

The Cruickshank and Teegarden Families

The Cruickshank and Teegarden Families purchased the PEACEFUL WISHES for the family of Dorene Diekmann.

Posted Jun 06, 2019 at 11:19pm
My heart is with your family at this time. Losing a mom shakes you to the core. I'm so sorry for your heartache and so grateful that you were blessed with her in your lives for so long. I didn't know Dorene but judging by the children she raised, she must have been an amazing woman. Condolences to all of you.
Comment Share
Share via:
TF

Our deepest condolences during this tough time. All of our thoughts are with you. 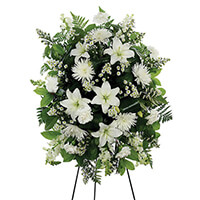 The DCDR Family purchased the WHITE STANDING SPRAY for the family of Dorene Diekmann.